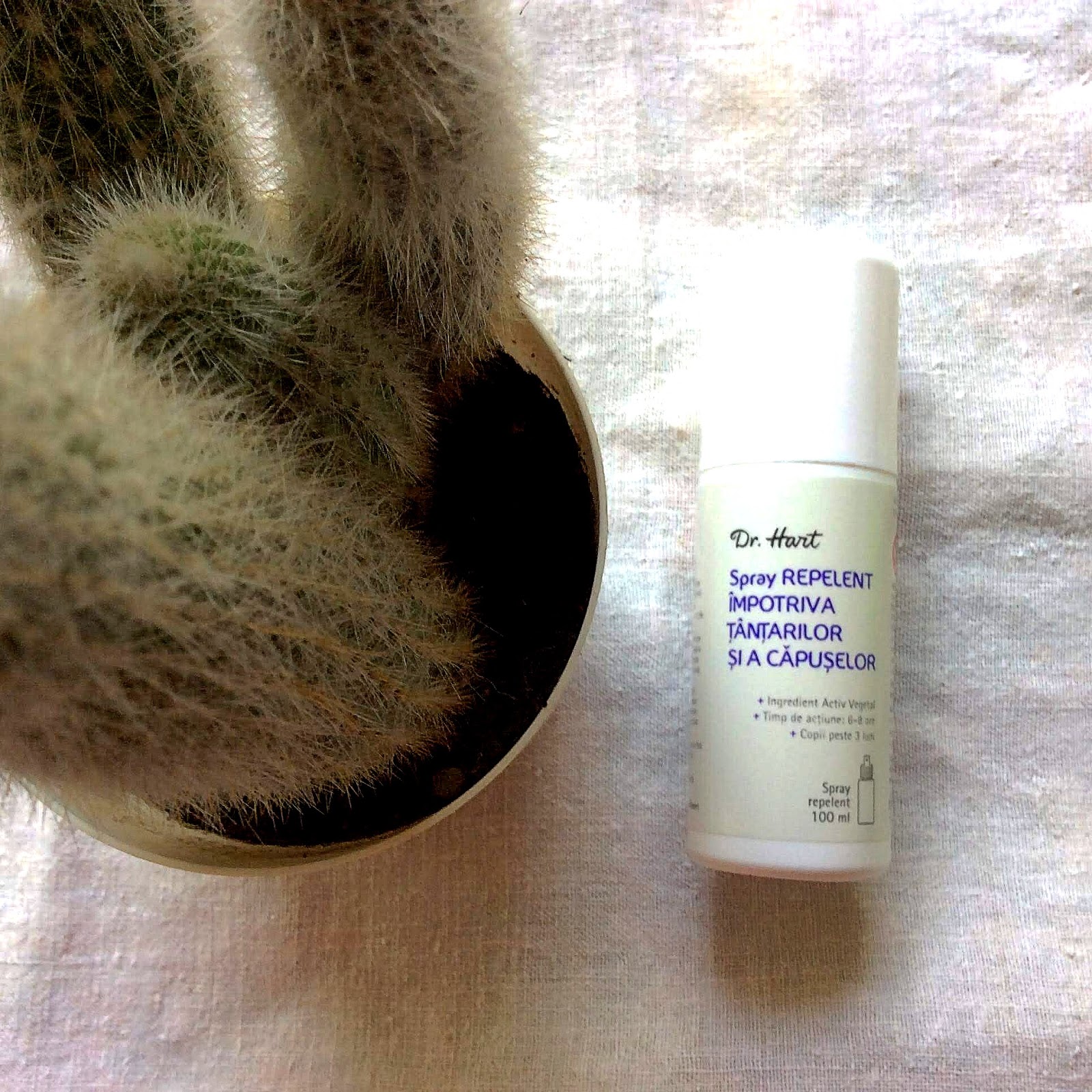 One of my dearest friends had an mid August wedding in a beautiful location. There was a lake with swans and the tables were gorgeously arranged outside. By outside I mean on the grass, near trees and flowers. Inevitable, there were bugs around. By the time the sun went to sleep there were mosquitoes testing my patience. So who won?

They did. I heard rumors that there are different sprays at the bathroom for such undesirable guest so I went to look for them. Overheard some ladies exiting that they have stains on the skin after using them and that was a turn off. Kids played with the tubes and there weren't many products left. I was left with mosquito’s bites and a bad opinion about sprays that were supposed to be our friends.

Luckily, Sensiblu has gifted me the Dr. Hart Spray Against Mosquitoes and Ticks and I was happy because it's still summer and there are a lot of festivals and concert to attend. So when a folk festival was held near me and my friends and I went, I knew it was the perfect occasion to test this spray.

I'm not expressing only my opinion, but also the one of my four friends. We did as we were instructed, shake the bottle and spray it on your skin or clothes. We did so and went to occupy our seats. It feels like an oily body lotion on the skin, but it doesn't bother you. I used it on my clothes and didn't see any changes of color, I was very pleased.

One of my friends that the city hall was also in a battle with bugs and because they knew this even was being held, they used some substance, hence the smell. Poor her, she didn't know until I told her that the smell was from us. We shouldn't wait for someone or something to protect us but take the problem in our own hands. The thing is, it smells a little after you apply but it soon vanishes. It may seem pungent, but just think you'll be bugs free and ignore it.

The package is nice, all white and made from strong plastic. It has 100 ml and three years validity. Its action is suppose to last from 6 to 8 hours and can be used by kids older than three months. The main ingredient is Citriodiol obtained from eucalyptus extract.

I think I'm going to use it a long time from now, mostly because I dislike bugs invading my space and if they don't pay rent, they can't use my skin. I'm joking. They won't stay on my skin even with rent and because of this spray from Dr. Hart they will remain at a nice distance from me. It says it protects you from mosquitoes and ticks, but I've tested it on flies and has the same effect.

It's not only because we fear them, but they can carry so many diseases, I don't want to think about it. And it's better if you can enjoy the time spent outdoors without worrying.