Parasite Review - the movie everyone is talking about now 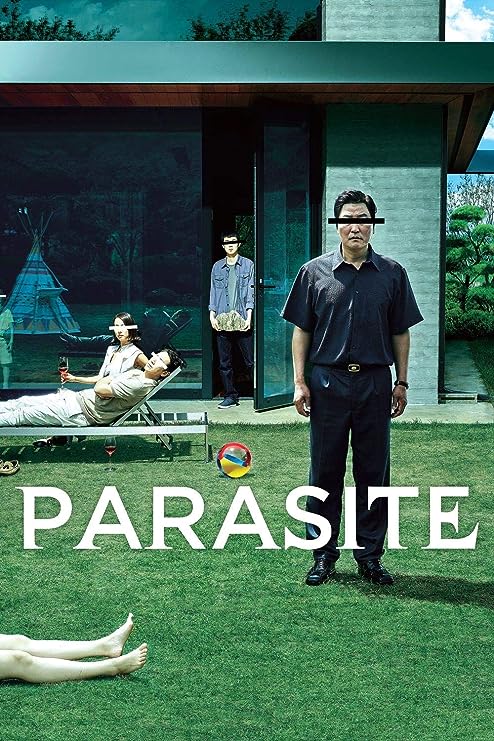 After hearing the big news, that this movie was so appreciated and won Oscars for Best Picture, Best Director for Bong Joon-Ho, Best Original Screenplay and Best International Feature Film, I knew I had to watch it. Especially because I knew some of the actors because of k-dramas, like Choi Woo Shik from Fated to love you, Rooftop Prince and Fight my way and Park So Dam from Cinderella and Four Knights.

You have to take into consideration that k-dramas and Korean movies are totally different. The movies are more direct and close to reality, I think. This dark comedy in particular, makes you laugh until it's tragic and you don't laugh anymore.

The story line is simple. There is the four members family Kim, who are struggling financially, have low paid jobs and live almost in a basement. Luck seems to be on their side when the family's son's friend suggest to him to take over his job as tutoring while he studies abroad. Ki Woo should just pretend he has a degree and teach a wealthy family's daughter English. He does just that and so we get to meet family Park.

The Park family is rich and not necessarily mean, but absolutely clueless about the struggle of others. And you can't really blame them, they were born rich and live in their bubble. Yeon Gyo, the mother of a teenage girl who eventually falls in love with her tutor (guess who that is) and a little, extravagant boy, is the most naive in her pursue for being a good mother and wife. In search for the perfect employees, she oversees lies and well, believes anything she is told.

Step by step, all the members in family Kim are being employed by family Park, without them knowing they are actually relatives. The daughter is Da Song's art therapist, the father becomes the driver and their mother, the maid, replacing all the staff Park family has had before. The maid was the most difficult to replace, that's the way they found out about a secret in the basement. So remember, every house has a secret in a basement, even if you know it or not.

From a moral point of view, there are the frustrations and disappointments of the Kim family, due to poverty. But let's see the positive part. When they are alone in the luxurious house, they enjoy little things more. What was normal to the rich family, like taking a bath or just chilling on the couch, it becomes special to them. Because they didn't have such confort, they treasure it more. However, greed never leads to good things. Would it have been better if they didn't enjoy the luxury and lived always in poverty?

On the other hand, the Park family isn't to blame, destiny has been on their side. Being rich doesn't necessarily make you a snob, but the ones that are not as lucky as you will definitely have a different opinion about that. For me a bitter scene was when the father was driving the car and the rich lady was speaking on the phone, saying how nice the weather and air were after the rain last night. Little did she know that the poor family had to leave their house because of the flooding.

All in all, I am glad this movie got recognition because of the legacy it now has, it does put pressure on the future Korean movies, but let's see that as a way to improve. It was a sad story that makes you think in which category you belong. You obviously would know if you are very rich, rather than that, it makes you question which side would you take. We all think about being rich, but what if the prize would be stepping on other's happiness or your freedom?