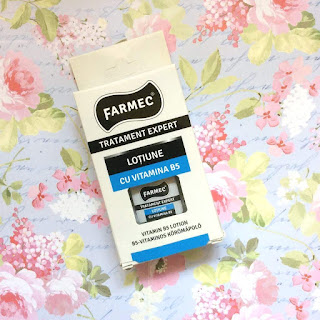 Before I was to go in my holiday, I had a problem with my nails. They would exfoliate, they didn’t grow, they would break immediately, long story short, it was a nightmare. Maybe because I was stressed, I do not know the cause of that nightmare, all I knew it was that I had to find a solution. On top of that, I was invited to be a model for a nail course and the timing couldn’t be worse.

Luckily the course was postponed but I still had to go the trip I had planned since spring. I reading an article the other days about things to prepare for your vacation and among them was the nails. Went to a pharmacy and asked for something to repair my nails. At the drugstore near my house I overheard someone ask for a nail treatment from Farmec so I had an idea they have something like that. At the pharmacy they recommended me some pills and I was terrified they would make an effect after months. I began telling about a lotion I heard and they were kind enough to order for me. 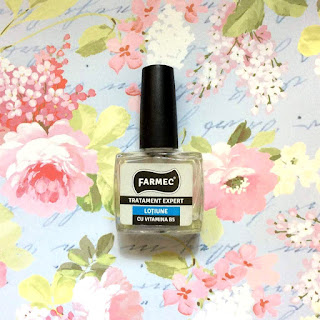 There were like 8-9 days before my friends and I were had to leave and it said on the package I had to use it daily for a week, then two or three times every week. It doesn’t indicate how many times you should use it daily and because I put it on my desk at work, I used it often. I was desperate and ashamed I let my nails get like that and can’t say how grateful I am to this lotion.

It contains vitamin B5 and keratin to strengthen soft, fragile or exfoliating nails. Once the lotion is dried, you can apply nail polish. All things have a darker side and this product contains formaldehyde; from my research it is a toxic substance for human health if there is a long term exposure by inhalation. Humans are affected by it in a more or less on daily basics but I found it correct to be informed that the nail treatment contains it. 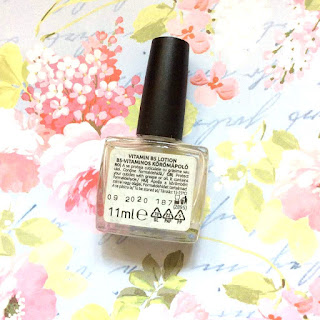 Another thing to take into account, that is very important and you shouldn’t ignore is that you have to protect the cuticles with grease or oil. Trust me on this; you’ll regret if you don’t cover any scratch you have. It happen to me, I had a little scratch near my nail and didn’t believe it would be that bad. My tears were the proof I should follow the instructions. Also, it can dry the skin around the nails seriously so make sure you have a hand cream near by.

Now let’s speak of the effects. It took only a week to see it work. Never thought it would act so fast and believe me, I wouldn’t say otherwise if not true. First the nails started to feel stronger and thank God they would not scratch and break at any touch. Now they have finally grown and I’m very proud of them. I have used nail polish and when I take it off, I make sure I use the lotion again and take a day or two breaks, just so I wouldn’t expose my nails to so many chemicals at once.

The package is okay, has 11 ml and even though I used it a lot, there is still much left. I can help others have pretty nails too. The only thing that annoys me is the cap, it appears it can be loose even if I tried to close it properly.

I never expected Farmec to have such a good product. I haven’t used something from them since I was a child and would borrow my mum’s and aunt’s face lotion. I was fond of them because of my childhood memories and now I’m surprised and content the lotion is so effective.

Can’t tell at the moment if it has side effects but just wanted to share with you something that helped my nails recover.
A.