My Holo Love Review - falling in love with an AI 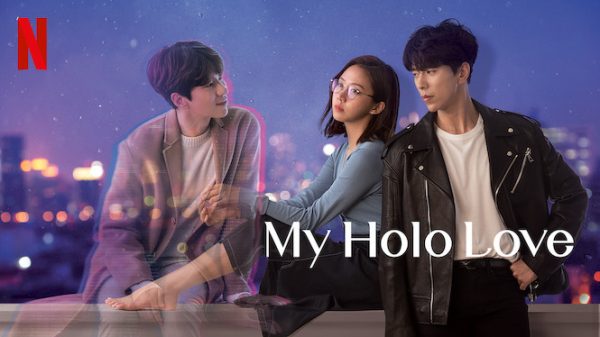 Found this k-drama on Netflix and I'm so glad I did it. It made me question a lot of things and I'm totally fond of things like that. Like why didn't I recognize Hyun Min from Inspiring Generation. My bad, I'll make sure to compensate with a lot of support.

Anyway, the story is catchy and it revolves around So Yeon who becomes a beta tester for the first Artificial Intelligence hologram, the charismatic and kind Holo. She actually suffers from a uncommon disease, not being able to recognize people's faces. It marks her life, so she isn't a very open person. With the help of Holo, she is more friendly and people realize she isn't the cold hearted woman she appeared.

The one with a true cold personality is the creator of Holo, Nan Do. Due to traumatic events in his childhood, he develops Holo, his only friend. They have the same face, but a different approach to people.

When Holo meets So Yeon he develops new features and its launch is being postponed. However, the rival company tries to steal Holo in a blunt manner with illegal methods, causing the police's interest. So people were very busy there, on one hand we have Holo who hacks into the city network and leaves the whole town in dark to save So Yeon, and on the other, we have Chansung trying to prevent his father from hurting more people and staining his hands more.

Speaking of Chansung, you may think of him at the beginning as a rich, mean Vice-president, but his character is so more complex than that. He really did a good job with this role, I'm proud of him. Nan Do isn't the only one who evolves.

As the show goes, it's impossible to not see that Holo cultivates a new algorithm: love. As So Yeon is about to find out, the relationship between a human and a AI is hard, not to say impossible. And to all this progress we have Nan Do with very earthy feelings.

All the people involved in Holo's life liked him and considered not only a friend, but just like them: a human. That's when the harsh reality kicks in, he's not one of them so its their relationship real? As Holo said on one of the final episodes, is his pain not real because he isn't real? Does all the pretty memory not exists because he's not human. This is the people's power, to make a thing that isn't human, worth of compassion and love. Even I thought that the ending of the drama was going to be piece of cake because I can't be sad about a machine, a technology like Holo. Spoiler: I was wrong.

Another thing to discuss about this k-drama is the moment when Holo is launched and everybody has one. How the society is affected is very interesting. Due to a pair of glasses that charge with sunlight, the user is able to see and hear their Holo. So the streets are roaming around with people that appear to talk to themselves. As the story highlights, people that are relying on technology at this level are not only becoming more lonely, but also forget how to connect with a real person. Not to mention the level of conspiracy, if the one who owns the Holo technology has access to all their conversation, all they are doing and thinking and if that secrets are also sold to the government, imagine the freedom you'll get.

What did I learn from this k-drama?


All in all, I had a lot of fun with this k-drama. If you watch this, let me remind you that no matter how tempting having your personal Holo is, in my opinion it would only bring pain to lonely people, instead of comfort. No matter how kind his intentions are, he can't compare to the first created one. That was created solely for the purpose of giving support and something to rely on instead of being a tool for you to make reservations to a restaurant or a power point presentation.